The Lead Manager can now be configured to send leads to Dotloop transaction management.

You can set set up the integration from the third party settings page. Each agent in your Lead Manager must set this up themselves in order to send leads to their Dotloop account.

Once Dotloop is set up as destination for your leads you will see a new button at the top of the leads list called “Send to…”. This functions like any other bulk action on the list.

After selecting one or more leads you'll be presented with some options. Select “Dotloop” and fill in additional fields to be sent with that lead. 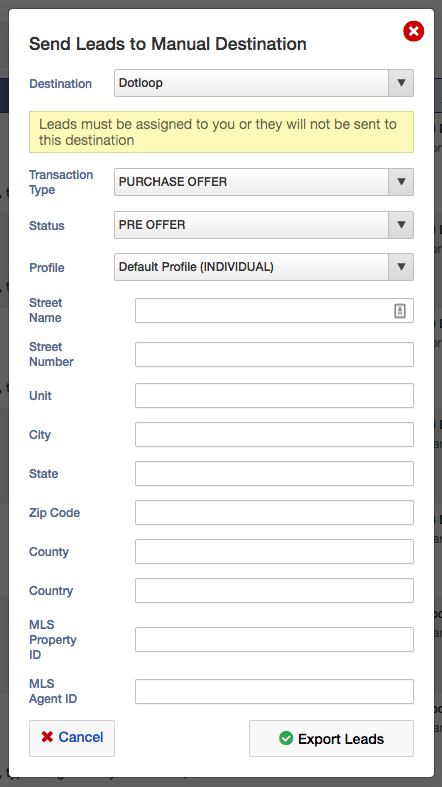 When you click “Export Leads” each lead you selected will be created as a Loop in Dotloop.

Dotloop is a manual destination, which means leads are not sent to Dotloop automatically as they are saved in the Lead Manager, agents need to manually pick which leads they want and send.